The boot is on the other foot for dairy sector 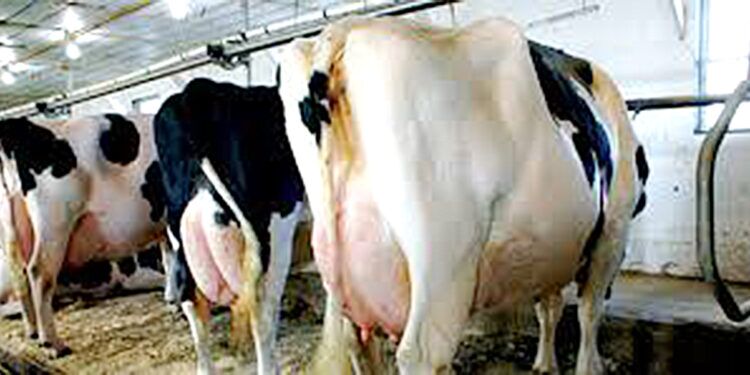 The dairy sector is turning the corner – producing 76,7 million litres in 2020 and recording an average annual growth of 10, 28 percent in 2021.
Essentially, this turn-around in fortunes came courtesy of various stakeholder and Government initiatives set up to cushion farmers from high costs of production.
Feed costs currently constitute between 70 and 80 percent of the total budget of production making it critical for the adoption of schemes such as the Presidential Silage Input scheme and the command dairy programme that give smallholder dairy farmers silage inputs and medium to large dairy farmer loans for them to produce their own farm feeds so as to cut costs from buying concentrates.
Zimbabwe Association of Dairy Farmers (ZADF) national chairman Mr Ernest Muzorewa believes low producer prices are to blame for the farmers’ woeful situation revealing that as at November 16, 2021 the average producer price of milk was $88, 19 against an average cost of production of $121, 02, which leaves farmers unable to break even since they are merely price takers that have no say in the fixing of the definitive price.
“Milk production is not seasonal like crop production enterprises. It has an all year round production cycle, hence it is very difficult to set fixed prices based on seasons.
“There are three main milk producer pricing systems in Zimbabwe – the double-axis pricing system, cost-plus model and negotiations between farmers’ organisations and dairy processors. The two-axis pricing system involves some processors paying for farmers’ milk based on a basic price plus a premium or bonus based on good quality or penalise farmers supplying poor quality or adulterated milk,” observed Mr Muzorewa.
In this pricing system, processors use different quality parameters. Different dairy processors have different milk quality parameters they use, which are usually above the minimum standards prescribed by the Dairy Act. Processors using the cost-plus model usually pay dairy farmers a flat price based on specified quantitative parameters.
Milk production in Zimbabwe has been on the decline resulting in persistent supply shortages covered by powdered milk imports, thanks to a plethora of challenges that include low prices, inadequate number of dairy cows and poor breeding strategies, high cost of production, lack of business mentality, lack of business planning and poor record keeping, aging farmers and lack of succession planning and low milk volumes.
There is generally low productivity, limited access to water, poor dairy health management practices, limited access to affordable finance, high labour turnover, limited use of appropriate technology and poor road networks especially for smallholder producers who account for 4 percent of the milk that goes through the formal market.
At the moment, capacity utilisation of dairy processing plants and machinery ranges between 50 and 70 percent for the five main large-scale processors and is below 50 percent for most medium and small-scale processors. Most processors experience high running costs due to old and cost ineffective machinery and equipment, high energy costs because of irregular electricity supply from the national grid and high costs of fuel for running back-up diesel generators.
On the one hand, the national dairy herd is at 40 000 dairy animals, of which 20 000 are milking cows producing an average of 13 litres per cow per day translating to 6, 4 million litres per month.
At peak production, Zimbabwe had a 42, 000 milking herd producing 260 million litres of milk in the early 90s. The lowest volumes of 36 million litres were recorded in 2009 from a total dairy herd of 22 000.
However, the number of animals needed to meet the national milk requirements depends on the average milk yield per cow per day while the targeted national herd size and annual national milk production by 2025 is 60 000 animals and 150 million litres respectively in line with the Livestock Development Implementation Strategy.
Government has since initiated several programmes and adopted policies and mechanisms to support and protect the local production and marketing of milk by strengthening the linkages between production, processing and financing. It is working with four partners – We Effect, ZADF, Zimbabwe Dairy Industry Trust and Zimbabwe Farmers Union.
Part of the dairy herd improvement efforts include the acquisition of 500 in calf dairy heifers under a buy one and get one project large-scale dairy processors chipped in with matches for 200 of the heifers. This initiative ensured that small-scale farmers had access to improved dairy breeds.
Government has also approved the access of inputs, mechanisation and irrigation facilities by small-scale and large-scale dairy farmers through the Presidential Livestock Input Support Scheme and National Enhanced Agriculture Productivity Scheme (NEAPS) or Command Agriculture for the first time to boost milk production.
Artificial insemination (AI) programmes have also come in handy in the push to improve the dairy herd through countering poor breeding practices and producing improved local breeds while farmers are getting tuition on their own farm feed formulations to counter high feed costs.