by admin
in Market Analysis, Markets
0 0
0 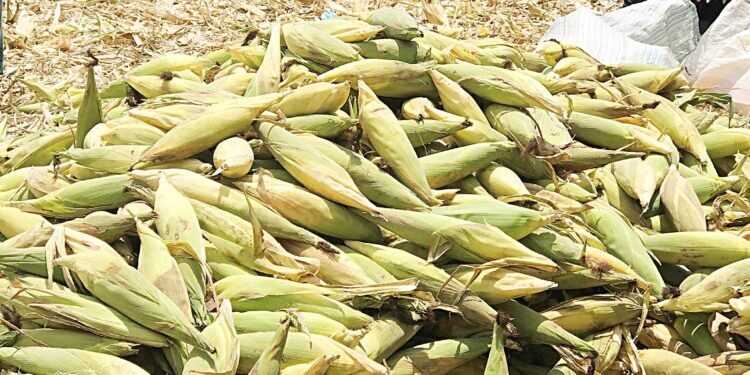 FARMERS who sell their fresh produce at Mbare Musika are appealing to Harare City Council to rehabilitate the market, which is currently in a state of neglect that has seen left-over produce exposed to elements and theft with mounds of fetid garbage surrounding it.

This reporter could not help but brave the pervasive strong smell of rotting produce hanging around the market, as farmers narrated their ordeal yesterday.

A tomato farmer from Macheke, Sam Mashereni said it was imperative for council to remove the garbage from the market premises and also improve security at the market.

“This place has become unhealthy; I mean look at the junk that is surrounding us. Uncollected garbage is occupying most of the space here. This place stinks and it is not even healthy considering the fact that we are selling fruits and vegetables that are eaten by people.

“Responsible authorities must do something about this,” he said.

Mashereni added that there was so much that should be done for the market place to be a safer space for farmers selling their produce.

“As you noticed there are some security guards in navy blue overalls there by the gate. The problem is this place is big and they cannot oversee everything that is happening here.

“We are facing serious challenges in terms of safe keeping our produce, especially left-overs so we are forced to sleep here to take care of it. This place is not safe even though there are some security guards. As you can see, that security precast wall is damaged on the other side making it easy for people to just come in and take our staff during the night,” Mashereni said.

Another farmer, James Ngirande, also from Macheke added that the absence of sheds to cover the produce especially from the rains and sun was deplorable.

“We end up incurring huge losses because most of these products easily perish once they are harvested from the field and should not be exposed to direct sunlight and direct rains because they can rot.

“We are also worried about the piling garbage here as people are just dumping it and nobody is collecting it. This is so unhealthy that it drives customers away,” he complained.

A maize farmer from Shamva who spoke on condition of anonymity said they were losing more than the expected returns through the payments to use the market.

“Sometimes we are forced to sell our produce by the gates here because there is no space inside the market yet we would have paid. Bouncers come and collect US$10 every morning. The guys do not seem to be council workers but opportunists claiming to own the space and have nothing to show that they are officials from city council. The amounts they collect daily from us are just too much yet we are not doing business that justifies the payments,” he said.

Mbare Musika is the main distribution centre for agricultural produce in Zimbabwe and is arguably the most important and significant trading centre yet it is falling into a dilapidated state in full view of the Harare city Fathers.

Council spokesperson, Mr Innocent Ruwende said authorities would need time to investigate claims that bouncers and not council employees were collecting money from farmers before they could comment on the matter and referred this reporter to his superiors for further comment. Mr Ruwende’s superiors were, however, not reachable on their phones to give a comment on the matter until the time of going to press.